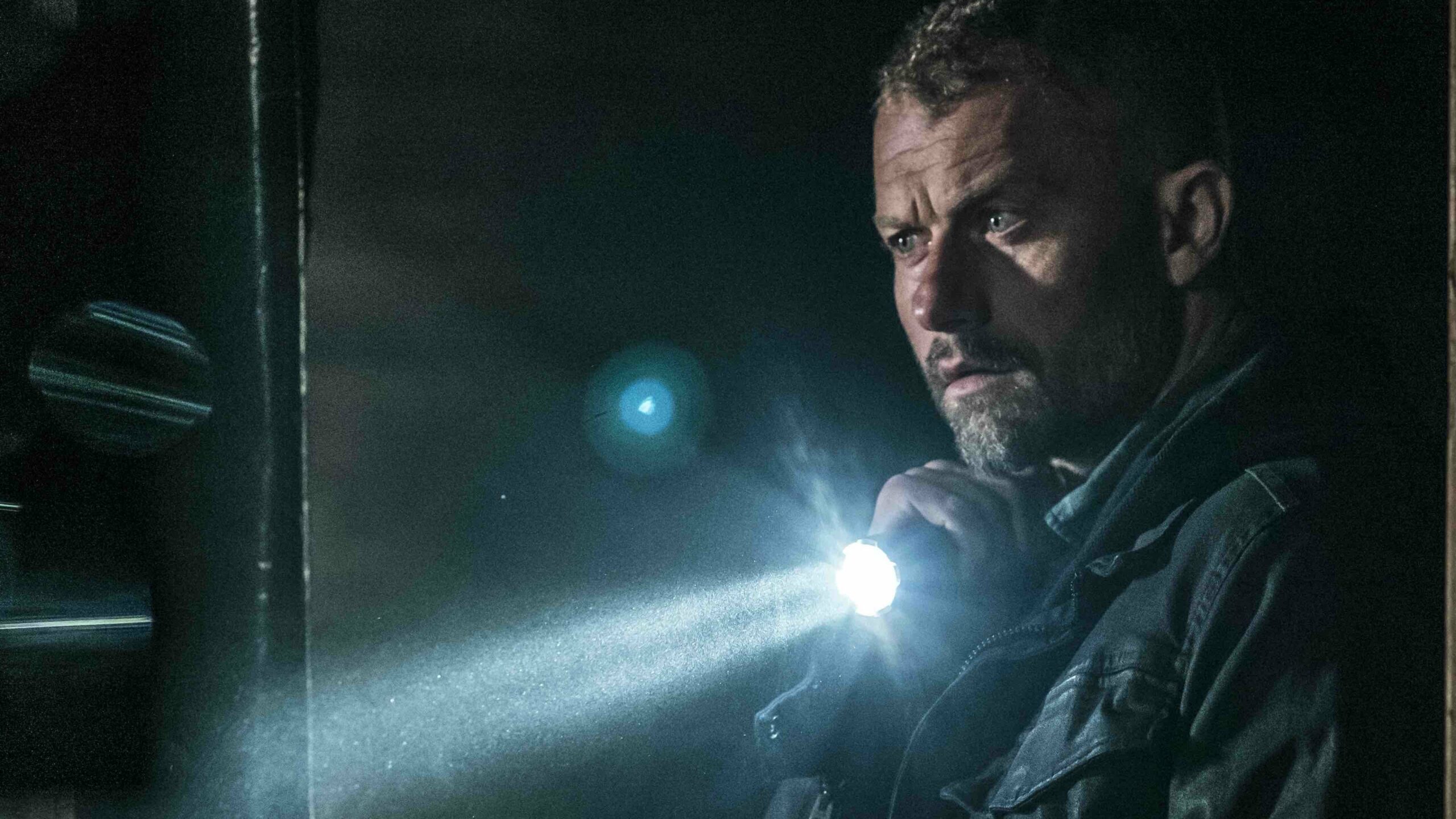 The Empty Man is an odd movie. It starts with one story, then literally drops it to the abyss, and starts a new one all over again.

The first story begins with two couples hiking somewhere in the Tibet mountains. One of these people named Paul accidentally falls into a cave. There he sees a huge skeleton of an unidentified creature, that looks like a giant human with 20+ fingers on each hand and spider legs. Paul is so stunned that he immediately falls into some sort of a coma, and his friends have to carry him out to a travelers’ house nearby. After a while of just lying on the bed without any word spoken, Paul disappears. When his friend tries to find him, Paul uses some supernatural power to make his girlfriend kill two other friends with the knife, and then she commits suicide by jumping into the abyss.

Then the new story begins. It takes place 23 years later from the previous events. Ex-cop James Lacombra lives alone after the tragic car accident that took his son and wife. The only friend James has, seems to be Amanda, a teenage girl with a peculiar way of thinking.

“Nothing can hurt you”, she says to James. “Because nothing is real”.

Soon after the conversation, Amanda disappears, and James starts to make his own investigation. He finds that there is some type of cult called Empty Man. Everyone can call Empty Man by whistling into an empty bottle on a bridge. Then Empty Man would come at night to the whistling person, forcing that person to kill himself.

James reveals that Amanda whistled, as well as her friends. So he runs his investigation until he finds Amanda, who is visiting unconscious Paul in hospital. Paul appears to be a vessel for Empty Man, and since Paul is dying, Empty Man needs a new carrier. That honor is given to James. Moreover, James doesn`t appear to be a regular human, but a creature made out of consciousness and thoughts of the members of the cult of Empty Man. So Amanda was right – nothing is real, the whole life of James was fiction. James was made as a toy in a factory.

When you`re trying to retell the plot of The Empty Man, it sounds silly. Sometimes it looks silly as well when you`re watching the movie. There are numerous questions that remain hanging in the air, such as

–       Why would it be necessary to create James and make him believe in reality if Empty Man can choose anyone to be a vessel?

The more you think about the plot the more silly and illogical it looks. But it has to be admitted – there is something in this movie. Something weird yet immersive.

Why is that? Probably because The Empty Man, like a man carrying grocery bags out of the car, is trying to take all the bags in one go. There is a lot of very interesting stuff in these bags. But there are too many of them, and some of the bags are too heavy. Let`s just pick two of them.

On the one hand, The Empty Man embodies the story of Mary Shelley’s Frankenstein, the monster made out of the flesh of different people. Frankenstein as an idea was born when the theory of vivisection, I.e artificial building of living organisms, seemed to be plausible. James Lacombra, as stated in the movie, was made out of the thoughts and mental energy of Empty Man and his servants. Vivisection is not trendy anymore, but the materialization of ideas – why not? Wish cards, vision boards, all you have to do is visualize, and here we go, a middle-aged white man with a manly beard named James is on the go.

But the idea of Frankenstein is more profound, says philosopher Mark Rowlands. We all are Frankensteins, just built of atoms and cells instead of body parts. We’re not able to choose what genetic material we are constructed of. Our parents made us out of genes and love (hopefully), and then, once born, we have to deal with this vale of tears, struggling and trying to find the truth, like James Lacombra.

The Empty Man is also articulating Carl Gustav Jung`s viewpoint of human consciousness and unconsciousness. Jung believed our brain, which has been developing for tens of millennia, carries hidden information from our ancestors. That inheritance is typically working in the background, behind our individuality, education, and own experience, but sometimes archetypal communal knowledge may prevail. James Lacombra is living proof of this approach – as Amanda says, he was made out of thoughts using voices and the data from the past.

So probably The Empty Man tells us that we need to overwrite our blood and mental inheritance in order to be someone else rather than just a vessel for all the people who existed before us.

Not an easy task, is it? 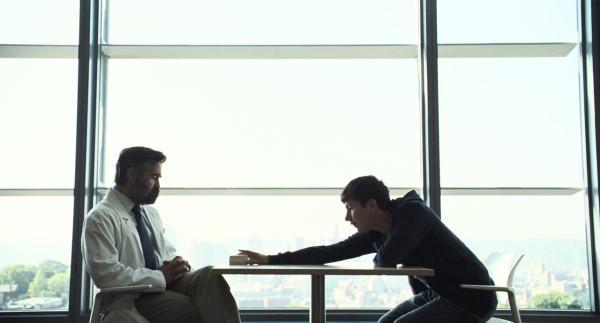 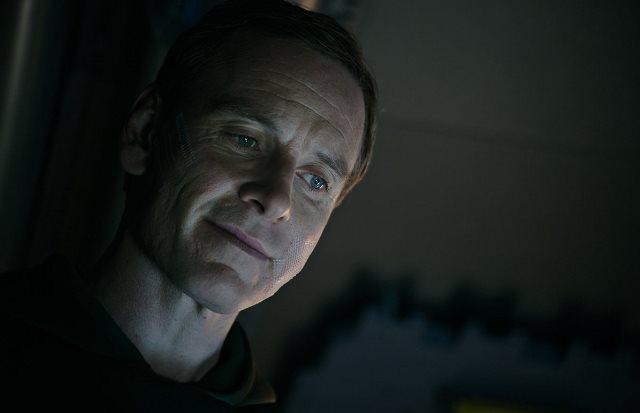 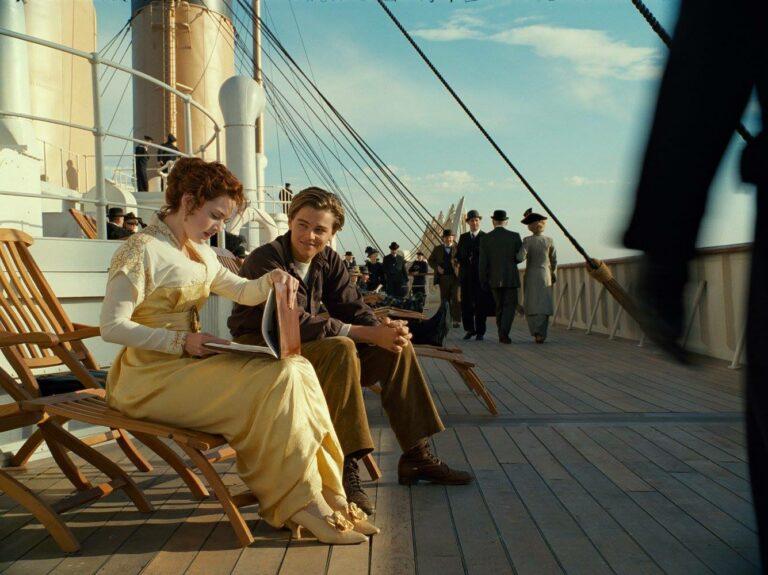 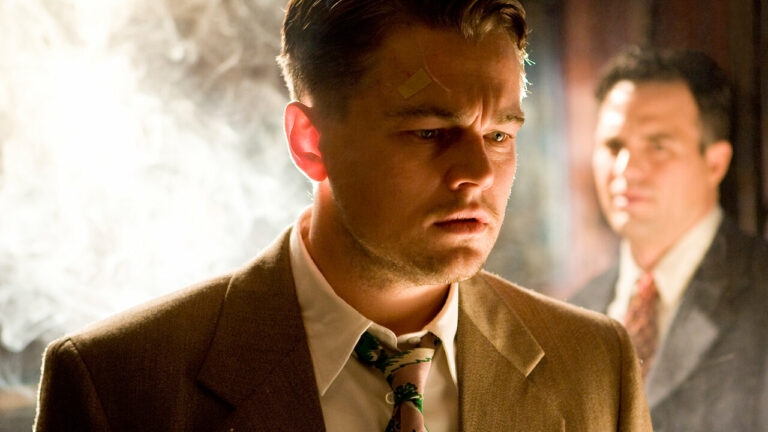